Second in the table Manchester United coming up against bottom of the league and one win all season Sheffield United in what should be a chance for Ole’s Reds to build on their goal difference.

After watching Manchester City climb above them with an emphatic 5-0 away win against West Brom and taking them 12 goals ahead of United. Bruno’s teammates will undoubtedly be motivated to not just collect 3 points tonight but also improve on their goal difference of 11 which is amongst the worst in the top 6 currently. 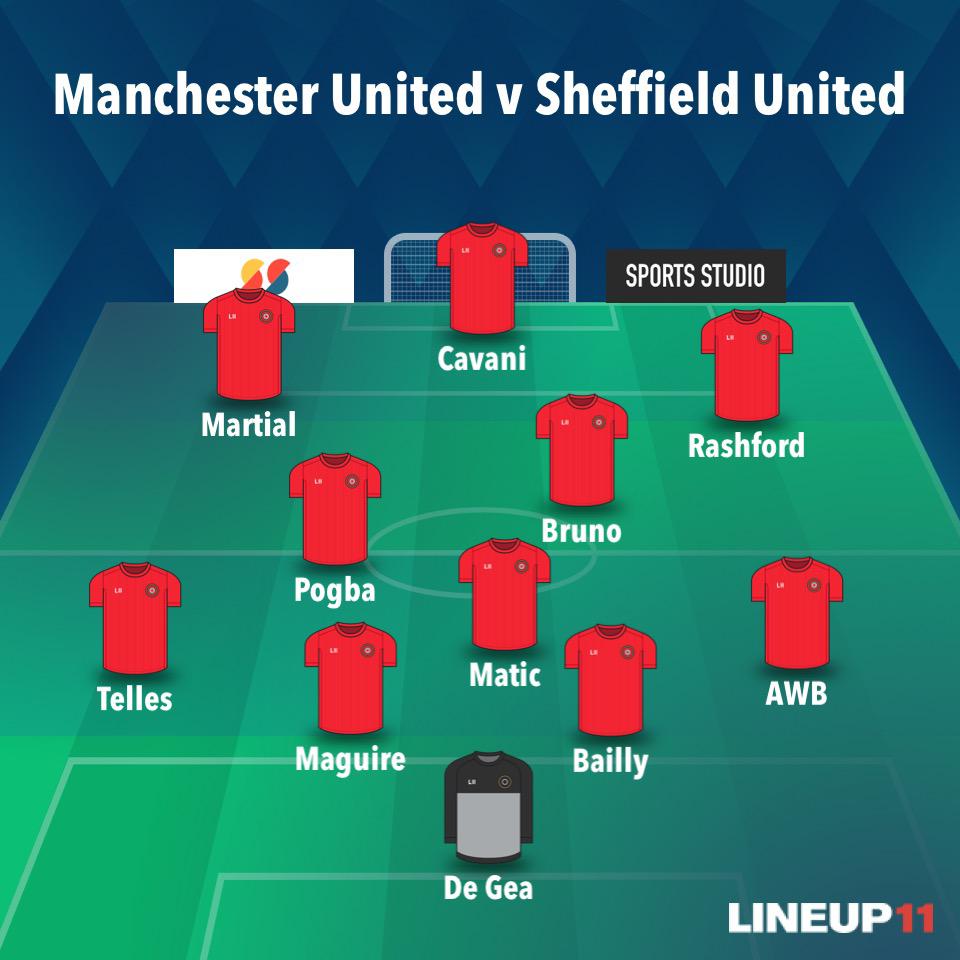 I foresee Sheffield United pinned back and looking to find a counter attacking opportunity with their usual 532 formation set up for just that, all depending on when or if United can break down their backline and 3 midfielders.

The absentees for United tonight will be Rojo, Jones and Williams with Rashford carrying a slight knock from the 3-2 FA Cup 4th Round win over Liverpool in the midweek. Bailly is also expected to re-join the squad after being rested for the Liverpool game. The Ivorian has made 13 Premier League appearances but has been at the heart of that defence when he has featured.

Final score predictions, I see Chris Wilder’s side holding on for the first quarter of the game but United inevitably getting their first and opening the game up, making Sheffield United commit more midfielders going forward and leaving gaps for United’s fast breaking capabilities to thrive resulting in more goals for the us.