I spoke to a couple of my friends before the game and said that if we don’t beat them in the league, it’ll prove that this tactic (resting players) genuinely doesn’t work, but I was wrong.  It shows Arteta was more interested in winning Tuesday nights league game instead of the FA cup fixture.

How the game was won

We started the game off really well when Lacazette went through on goal receiving a lovely pass from Xhaka but missed a big chance with McCarthy making a good save. Literally minutes later, everything blew up. Southampton had a corner and it was converted by Armstrong after he lost his man (pepe) and fired it into the back of the net, making it 1-0 to the saints. 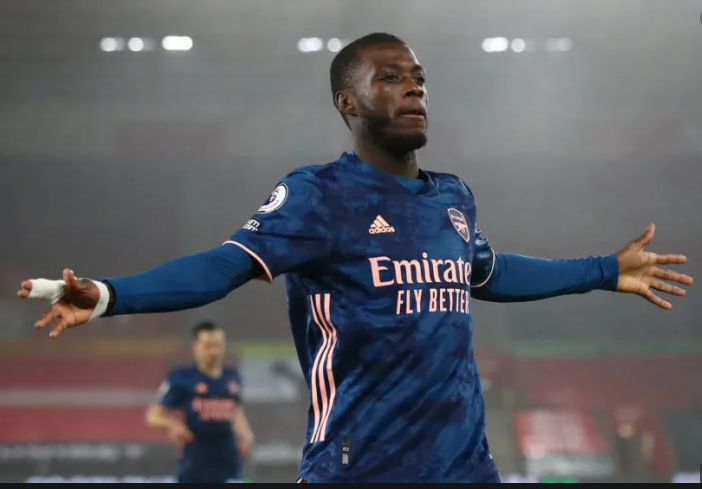 Arsenal then reacted quickly when Xhaka squeezed in a lovely pass again, but this time to Pepe and he fired it into the bottom right corner and made it 1-1. Pepe deserved that Goal after all the criticism he’s been receiving heavily from fans. It also made up for the poor marking which led to Armstrong scoring.
It wasn’t long after when we got our second goal. Coming from the star boy himself Bukayo Saka. Lovely piece of play from Laca, then he slots in a beautiful pass which found Saka and he ran around the keeper on his right foot and slotted it in. That’s 5 goals this season for the youngster.
Once that second goal went in Arsenal were in control of the whole game, with couple of chances from Pepe, Cedric, Smith Rowe and Laca.
But then in the key stages of the second half when we’d made changes and put on Willian, we scored the third Goal. It started off with a heavy pass back from Wilian to Cedric but Cedric controlled it well and pinged a beautiful pass to Bukayo Saka and with 2 touches, Saka then whips a crunch cross into lacazette who tapped it in making it 1-3 to Arsenal.
Southampton had a couple of chances towards the end with Ward Prowse’s free kick and header from Adams, and one or two shaky moments from David Luiz nearly letting Adams squeeze one in.
But it was an all-around great performance from Arsenal and a great 3 points to grab.

LENO 7/10 – despite not getting the clean sheet, pulled off some great saves and was commanding at the back
CEDRIC 9/10 – He was fantastic today, was involved with everything and defensively was solid too. up there with man of the match
DAVID LUIZ 4/10 – Poor tonight. didn’t look like he wanted to be there. If Southampton scored again, it would of been because of him, looked really shakey.
HOLDING 7/10 – Much better out of the 2 centre backs. On his 100th league game he didn’t put a foot wrong, won all his headers and defended well. No clean Sheet so he gets a 7/10
BELLERIN 5/10 –  It wasn’t his worst performance but nothing was coming from his side, got booked aswell for a rash tackle, defensively was ok but not the best today considering he was captain.
THOMAS 8/10 – He’s just great, everything he does is just great, the exact player we needed. Controls the game so well and compliments players around him, he isn’t even playing his best and still looks great.
XHAKA 8/10 – Xhaka beside Partey makes a lot of sense. He played really well today and grabbed himself an assist, him playing further forward allows him to show his creative side and I really like it.
SMITH ROWE  8/10 – This kid makes things look so simple, he’s a big factor in how we’ve been playing recently. one-two’s in tight areas, his work rate and his ability to beat players. Wasn’t his best games but just shows the high standards because before he was giving us 9 or 10/10s.
PEPE 9/10 – Pepito. The guy I have full faith in. Played very well today and got himself a goal. Looks much better on the left-hand side and won a lot of headers on the Goal kicks, his dribbling was on point and he looked free today.
LACAZETTE 9/10 – Laca, another goal for him, he can’t stop scoring at the moment, our top goal scorer. His link up play with the boys was fantastic and his work rate was brilliant, should have had 2 goals but we’re okay with 1 and an assist today.
SAKA – 10/10 – This young kid is just fantastic. we are very lucky to have this young boy, plays in various positions and works his socks off, scored and assisted today and was everywhere on the pitch, anything and everything came from him, Baller.
ARTETA – 9/10 – Great starting line-up, proved himself, only reason he’s not getting a 10/10 is because he brought on Willian.