Are we a serious club?

Upon streaming this match on CBS, a sports analysts summed it up best “in order for United to show title credentials they’ve to do what every other team has done in the league, beat Sheffield United”. Given the fact Sheffield prior to this game were bottom of the table on five points and hadn’t beat United in 30 years or so years, United fans would be forgiven to expect a routine win. However not the case, and of course not at Old Trafford (Where United maintain their record of only losing all four premier league games at home) with a 2-1 loss to Sheffield United.

Nothing can be taken away from Sheffield, who set up with a bank of five in a deep block constantly to circumvent a United “attack” and would try create something on the break or through set pieces, which is a testament to the disciplined style Chris Wilder implemented before this unfortunate season.

United on the other hand, blew their opportunity to show true title contender credentials with a lack of urgency and creativity. It’s not like the Sheffield deep block was tightly sealed, they either intentionally or unintentionally left gaps between their wing backs and United’s wingers/full backs. This should’ve in theory left enough space for take – ons or incisive passes. However, with our midfield lacking the vision to identify this, AWB tripping over himself and Telles lacking a direct attack along with erratic crossing. In terms of our forward line Greenwood was uncharacteristically wasteful, Rashford ineffective and Martial was non – existent (which is standard Martial since the Europa league Semi’s). United managed to make this look like a defensive masterclass along with their best efforts to feature in Sheffield United’s “Great Escape” season DVD (if there is to be a great escape). 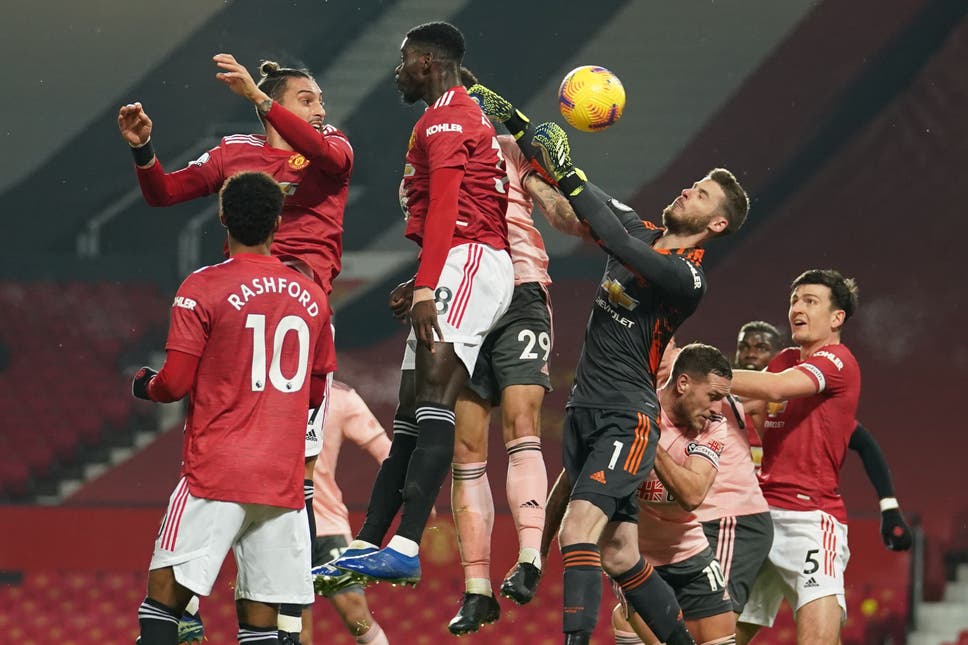 Inevitably United would be punished on 23rd minute mark, with De Gea failing to make an assertive clearance allowing Kean Bryan a clear header. Questionable refereeing was at the forefront of the first half, with Billy Sharp suspected to impede De Gea in the box and when the same scenario played out with Maguire and Ramsdale, it was deemed a foul. However, none of this is to justify a lackluster first half from United with Gary Neville summing it up best, if there was a crowd at this game, they would be on United’s neck. The second half would provide the same uninspiring pattern of play until the 64th minute when a Maguire header would make it 1-1. This is where the game should’ve opened up due to Sheffiled chasing a result in the game and United going up another gear, but only the former happened. 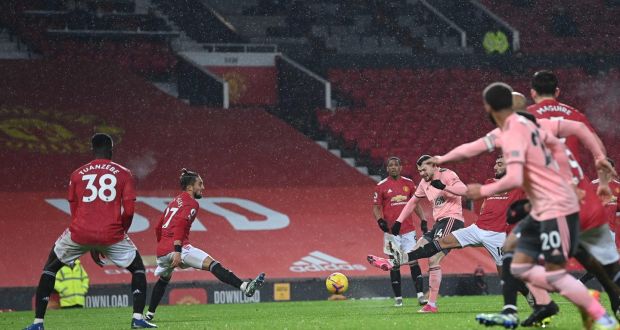 By the 74th minute Sheffield would have a passage of play that can only be described as the United defence shutting off, incapable of clearing the ball beyond the box and struggling to close down Oliver Burkes strike that would prove to be game winner.

Ultimately, it was immense performances from Jagielka, Ampadu, Bryan and Fleck that would get Sheffield over the line, but this slugglish United performance has made everyone question if United had premier league challenging caliber.

David De Gea: 4/10: lacked assertiveness in his area and was at fault to a degree on the first goal.

Axel Tuanzebe: 5/10: 30th senior appearance, he needs more games in the squad as a I still see a naivety in his game.

Alex Telles: 3/10: cross and vibes, left back Willian, completely eliminated any attacking presence we have on the left with wild crossing. He gets 3 points for the assist though.

Nemanja Matic: 5/10: This game showed Matic’s aging legs, commanding in the midfield in periods of the game but phased out of others, if only he had Fred’s energy!

Paul Pogba: 7/10: One of the players that looked somewhat lively and played with urgency in trying to make something happen in the game.

Bruno Fernandes: 6/10: Also lively and brilliant work rate, however alarming he ran out of ideas in the creative department on a Sheffield side that could’ve been penetrated.

Mason Greenwood: 5/10: Lively overall but surprisingly very wasteful and predictable, there is only so many stepovers and crosses a player can do.

Marcus Rashford: 6/10: made attempts to break the Sheffield defence but then looked fatigued. Also carrying a knee injury, I feel Rashford needs an extended rest.