Like many of us experience every year, you’re probably considering staying up for the Super Bowl tonight. This article will hopefully give you enough know-how on NFL, so you can watch, understand and most importantly enjoy tonight’s game. The game is due to start at 11.30pm GMT and will be over at roughly 3am. The stadium holds 60’000 but a crowd of only 25’000 people is expected because that guy ate a bat over a year ago.

The Super Bowl features the winners of the NFC and the AFC conferences.The conferences consist of 16 teams each which are each divided into 4 divisions – east, south, west, north(unlike basketball the division names don’t correspond to a teams geographical location in the USA..weird I know).

Bare with me cause this still confuses me too… so the conference division winners are decided based on how many wins they achieve. Each team plays 16 division games, here’s the breakdown:

Seven teams qualify for the playoffs with the 4 division winners qualifying automatically, meanwhile the other 3 teams are the wildcard teams, the best 2nd place teams(similar to the euros playoffs qualifying). The best team from each conference gets a bye to the second round. 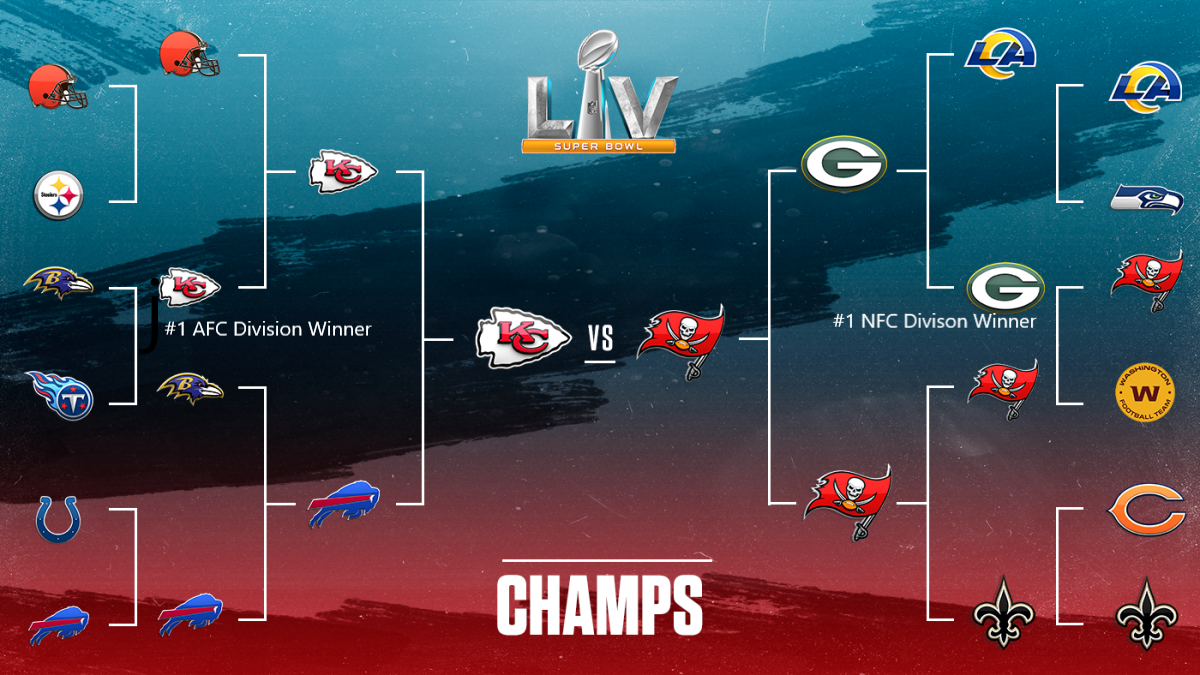 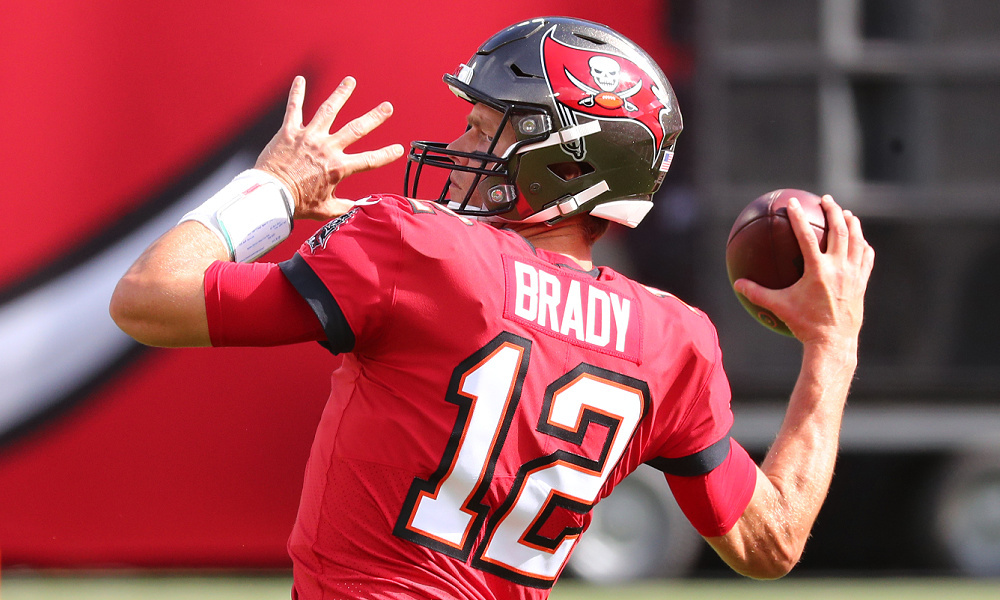 The ‘Bucs’, winners of the NFC Conference this year, are led by the man pictured above, who I’m sure you all know, the consensus GOAT(not mine!)..Tom Brady. They’re heading into this game looking to be the first team in history to win a Super Bowl in their own home stadium. I am not a fan of the Bucs at all due to my hatred of their owners..the Glazers, but let me not get into that. 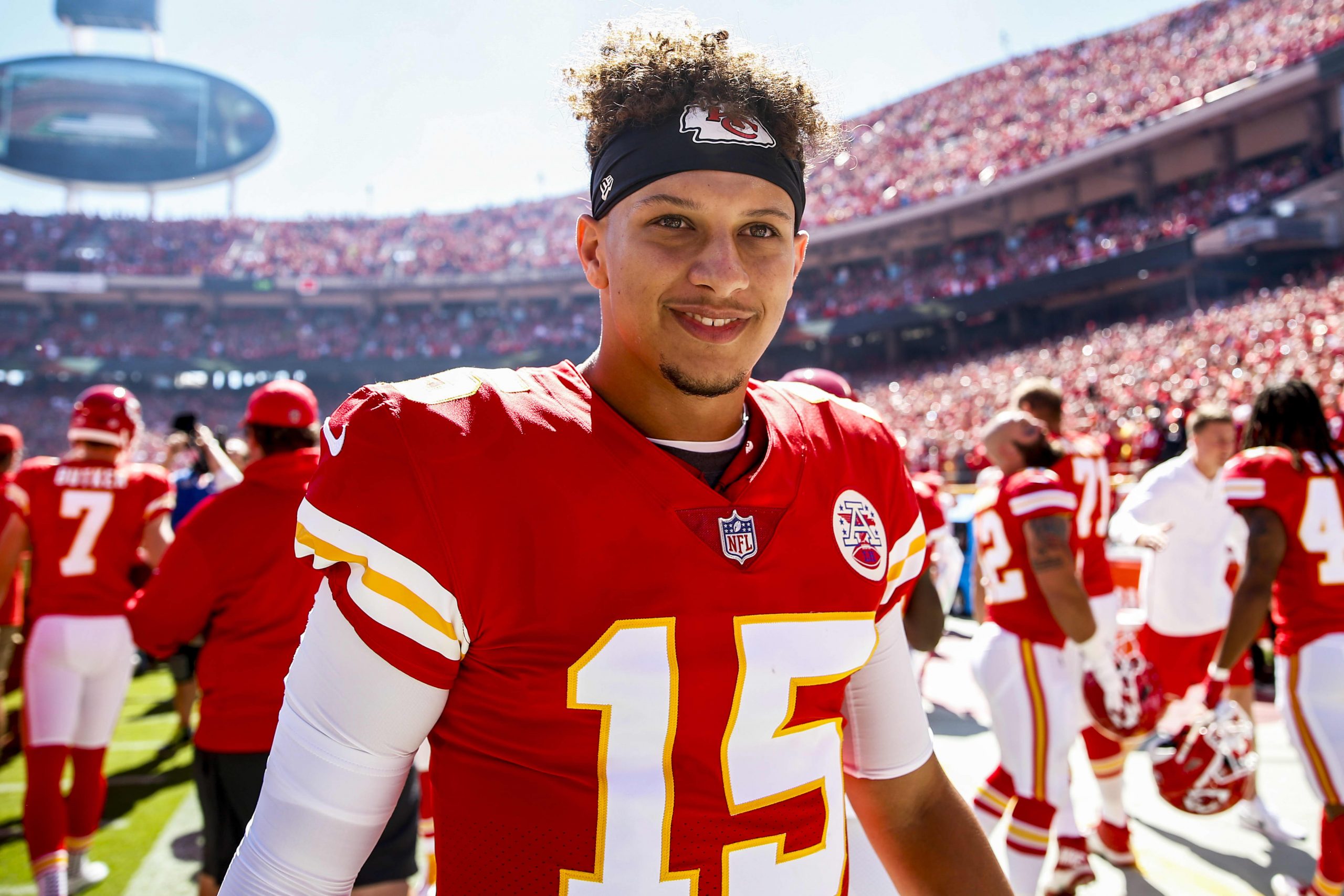 The Chiefs, led by superstar QB Patrick Mahomes, are making just their 4th Super Bowl appearnce and are looking to become the 8th team in history to retain the Super Bowl. They go into this game as the favourties off the back of a franchise-record 14 wins in the regualr season. I’m 100% behind the Chiefs for this one.

The Half Time Show 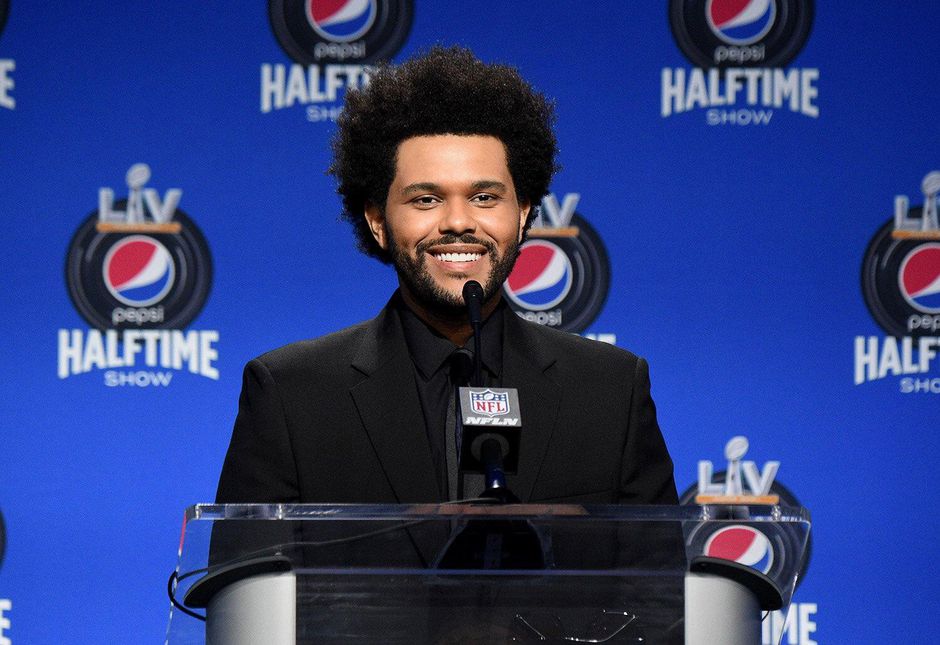 For some people who aren’t fans of the sport, the half time show is their favourtie part, for others its a pointless time wasting spectacle. This year The Weeknd will be performing which is a plus(imo). He’s confirmed there wont be any special guests. He’ll be performing at roughly 1am GMT if you’re still awake by then. He’s scheduled to perform for roughly 13 minutes, so if you’re not a fan of his work, it ain’t that bad.

This guy is a freak, there’s no other way to put it, he runs almost as fast as an olympic sprinter and he’s also a tank. Wide receivers are the quickest players on the team usually. Watch out for him on the Chiefs offensive plays.

He came out of retirement to join his long time teammate and friend Tom Brady at the Bucs this season, he’s won 3 Super Bowls together with Brady and is considered the Tight End GOAT.

He’s the Chiefs answer to Gronk and is the next best threat for the them after Tyreke Hill. The tight end acts as the receiver and the blocker to the Quarterback.

Evans is having a great year and is one of the betting favourites to be Super Bowl MVP. Lookout for Brady tryna find him anytime he’s in space.

Here’s probably the most important part of this article, because once you understand this, it will become so much easier to enjoy the sport. I’m going to try sum it up as easily as possible:

Some other definitions and points to know 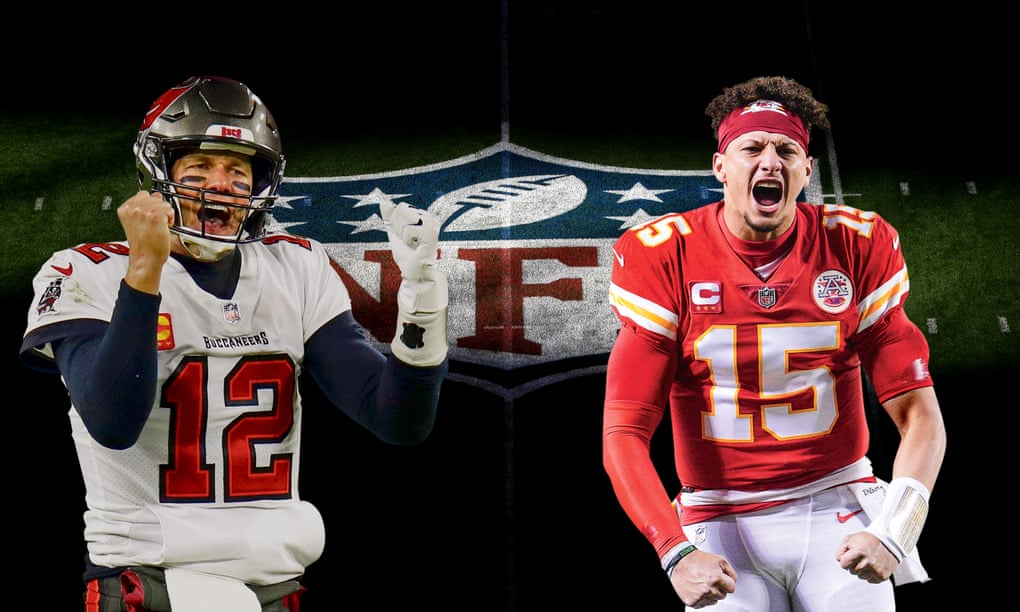 This match up is like something you’d see in a movie, the legend coming to the end of his career up against the current best who’s career is just starting. This would be like a Juventus vs PSG CL final with Ronaldo coming up against Mbappe. Brady is making his 10th Super Bowl appereance, an NFL record. What is important to note about this is that it’s his first time here without the Patriots, pre season was dominated by speculation of whether he could do it without the Patriots, so far he has silenced that noise but it will mean nothing if he doesn’t come up victorious today.

Just to add to the pressure, a victory here would not only cement Brady’s legacy as the NFL GOAT but dare I say it could make him the undisputed Sports GOAT.

Patrick Mahomes faces a different kind of pressure, his team are the favorites, the reigning champs, he’s looking to become the youngest QB in  history to win more than one Super Bowl. Defeat to Brady and the suggestion will be that maybe he’s not the best just yet. This battle alone is enough reason for anyone to tune in.

So tonight will it be what is.. 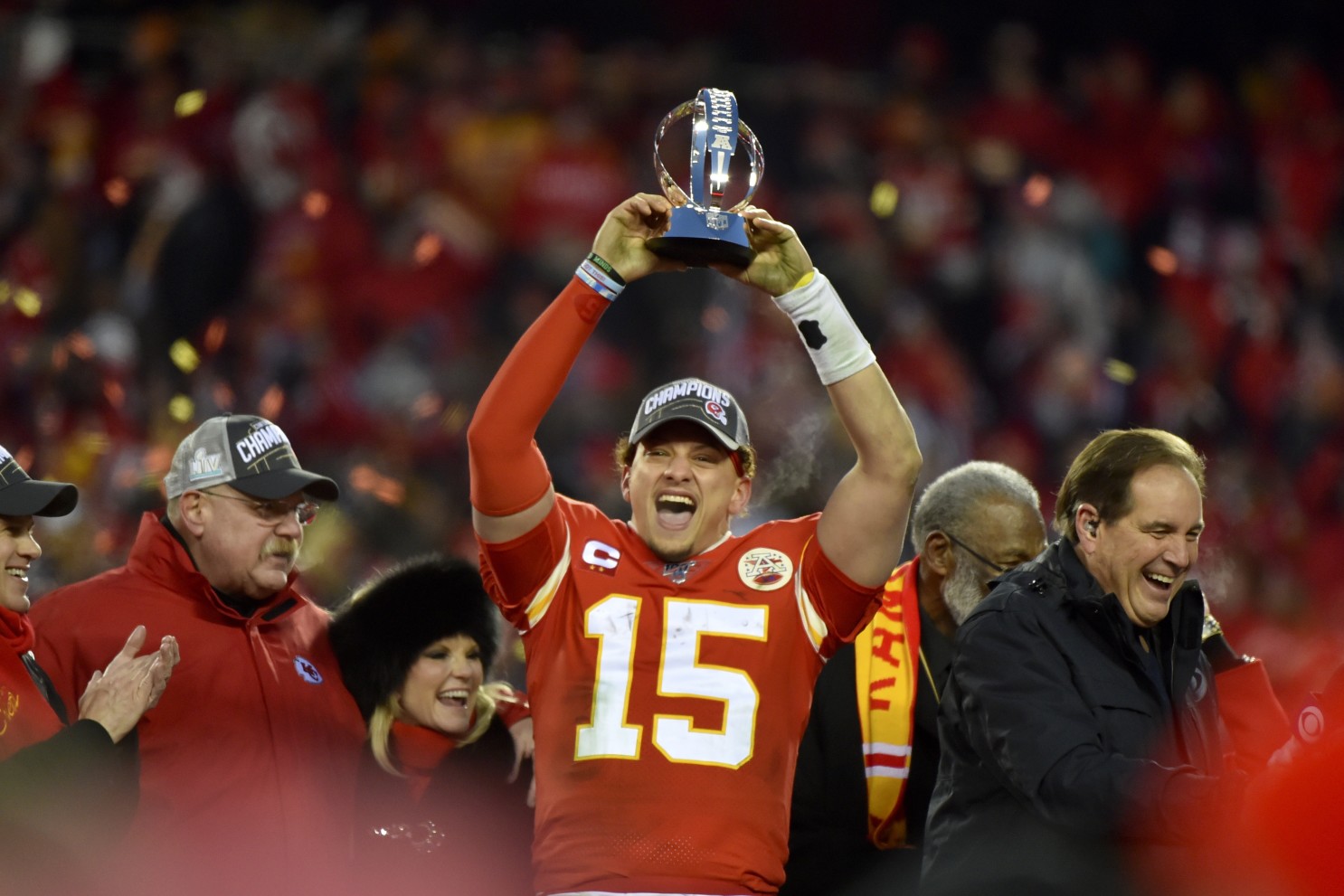 Or will it be what always has been… 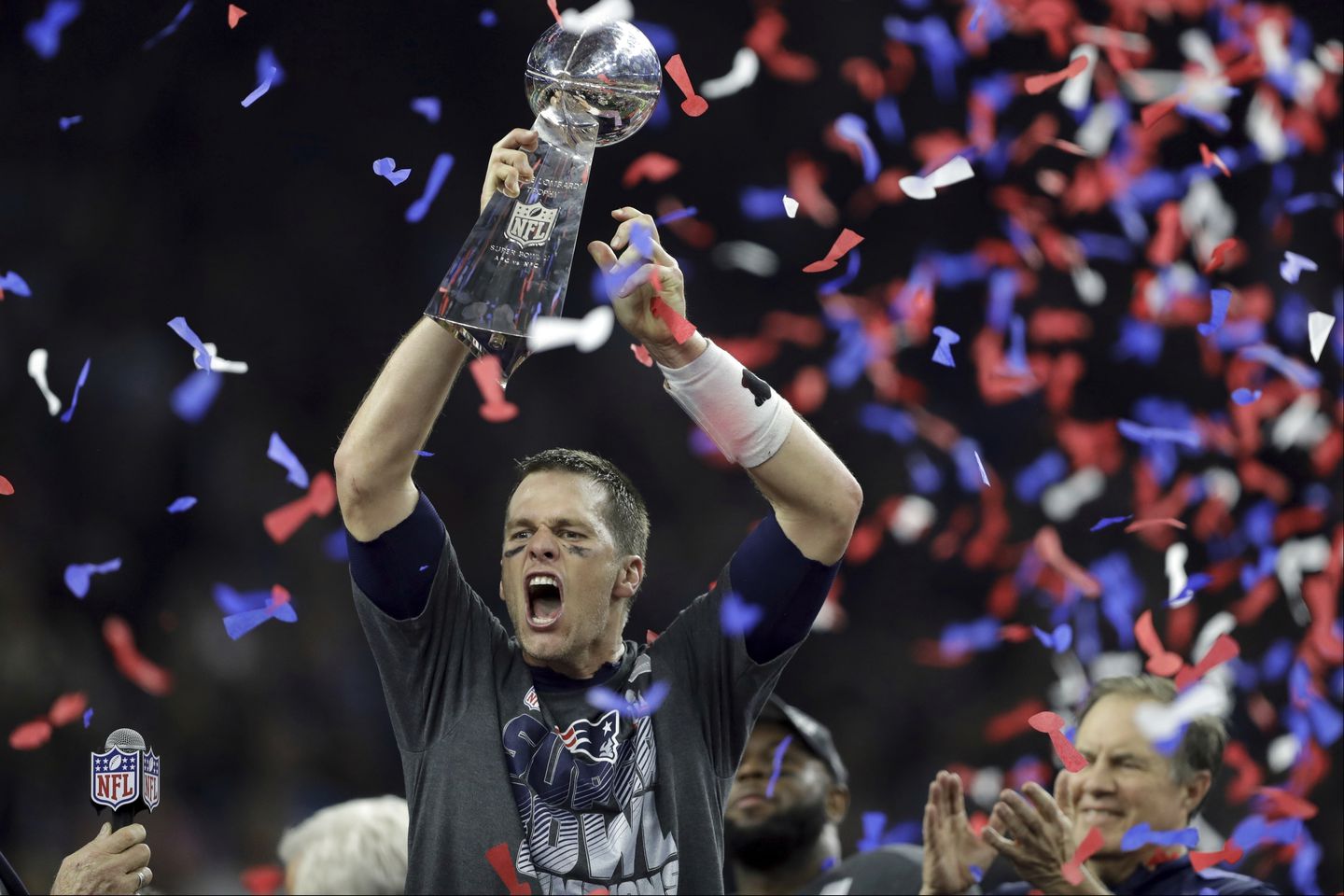