Football is something that at this stage of my life I would consider indispensable. It’s something (judging by my socials) I’m enthusiastic, well-versed and passionate about. However ultimately, when the 90 minutes of United bliss or turmoil is done or my series of football trolling/armchair analysis is done, I figure out a way to detach myself from the emotions football can bring. If United are trash and lose, we move, I can do all the ranting or singling out players but what’s done is done, I give my girl a kiss, cook something, read or write articles for Agenda FC (best sporting site in the WORLD). I’d even go as far as doing that thing where you play with United on Fifa against the team they just lost to and win, its actually a great way to rectify your frustations!

One thing I’ve never been able to understand is what drives people to take football so deep. Whenever I think about it, I consider the football ground ultras or the twitter accounts with Aubamayang or Mark Noble as their twitter profile pics, what drives them? What causes a religious divide in football? When did fans expect a sexuality criteria for male footballers overtime, just let them play man.

Why can’t we drop a Galatasaray flag on Fenerbache turf like Souness? Why does Souness hate Pogba on a personal level? Why did the Colombian drug cartels kill Andres Escobar for his own goal at WC 94’? Why did the Merseyside Cartel threaten Gerrard if he left Liverpool (I don’t care about journalistic integrity, I put plenty of stock into that myth made up or not!) . 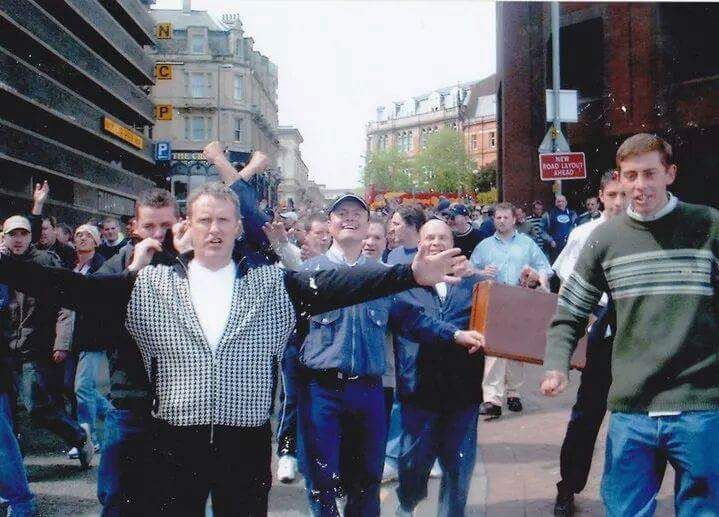 Why do the ICF West Ham firm wake up and choose violence every match day? Why are the Chelsea rent boys racist to their own players and fellow fans? Why did my fanbase nearly drive away my starboy Ronaldo with a shower of boo’s every game in 06’ because he “got Rooney sent off” at the WC that year? Why was Beckham England public enemy after WC 98’? Why are the England public enemies now unprovoked and always black/foreign? Different variables are why I question is football THAT DEEP?!

In my life span I’ve lived long enough to see it and been left baffled by it. 2008 I was on holidays and my family befriended a Scottish family at our resort and we would arrange getting the same transport as them across Florida. My dad packed a Celtic Jersey because he’s Irish, his name is Alan, and he’s on holidays lol. We get on a group bus to Disneyland where my dad wears the jersey, this is where the Scottish father scoffs and explains to my dad that if they were in Glasgow he would have to refuse to talk to him given the fact he’s Rangers. 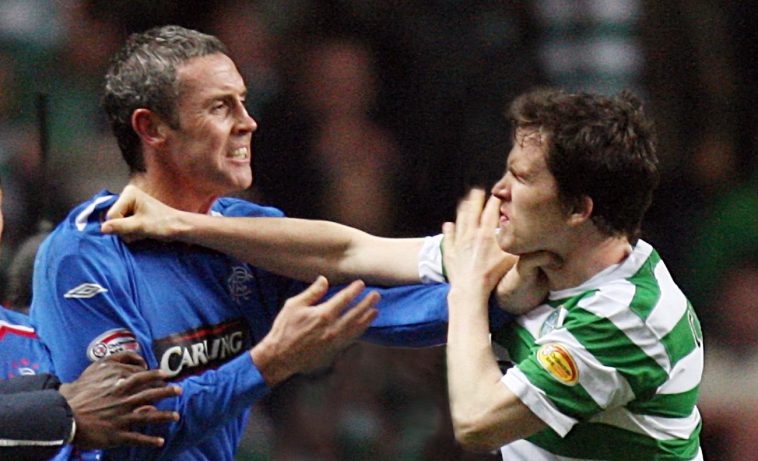 It was awkward talking to the family for the rest of the holiday, which is shame because eliminating football allegiances, my dad and the Glaswegian man got along and had the same common interests. I also fancied the daughter who was my age, you’re telling 10/11 year old Dave he couldn’t move to the daughter because he was Catholic and an extremely casual Celtic fan?! Ridiculous man. It’s a small example that sticks with me to this day, I’d like to break the religious divide in football, however having them hopes is like seeking world peace or eradicating politics, it’s not happening. 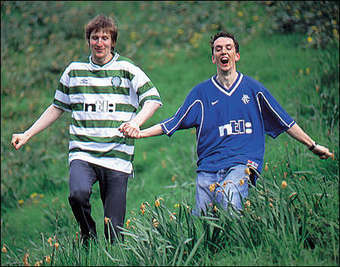 So I do what I can to break the traditional rules, I might own Rangers and Celtic shirts some day. Gerrard is doing a great job at Rangers I wish them the best success! And no I’m not saying that because technically they’re the Newco Rangers and technically not the original Rangers, I really could’nt give a f*ck. If my Dad was appalled reading this piece I’d ask him to name the Celtic starting 11, because in truth he’s a massive Celtic casual and it’s not a hill worth dying, Celtic are crap, Rangers are also crap, the end. 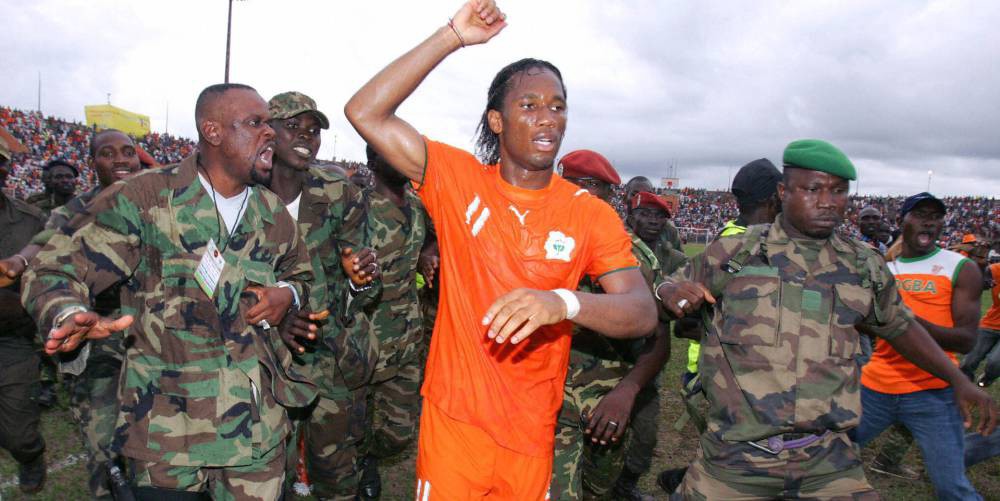 I understand it though. I’d never negate football for what it’s done in building and rebuilding for communities. The excitement it brings for people, acting as an escapism for people once or twice a week or literally ending wars (shoutout Didier Drogba and Ivory Coast). However I’ll always ask why football became so serious. It would’ve been nice if the game was taken at face value, a hobby. It was middle class workers that were the founding fathers of football to play it as……. A hobby. What could’ve contributed is the fact the game evolved and became monetary and lucrative at that! 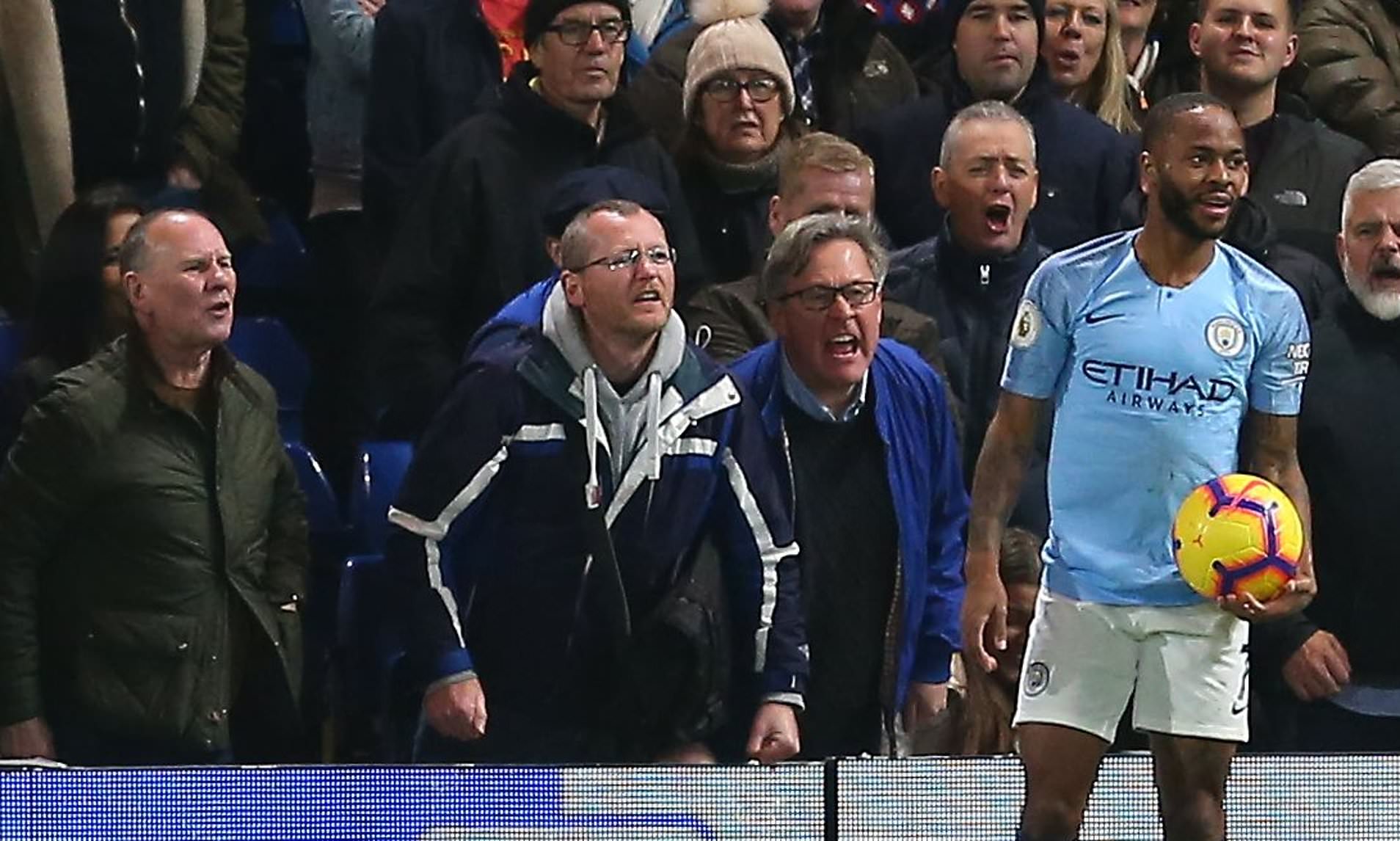 People began to see the stature of their club and history behind and it became cult like in a positive way or sometimes a weaponized way. The worst form of fans are the one’s that expect something in return from the club that do not owe them anything, they grow this entitlement purely off of their undying loyalty for a club and defense of the club. They go as far as weaponizing their club with physical altercations or vile comments on Twitter to people that have opposed views of their club, like bro, you act like this club pays your rent!

An example of over entitled fans that resonate with me is story I heard Spencer Owen tell on a podcast. He is a highly regarded football Youtuber that climbed his way up the ladder to a point where his boy hood club West Ham called him for reoccurring media work and to become a club ambassador. He recalls an experience at an away game in the Europa League where a West Ham fan confronted him, why? Because they thought he was on West Hams payroll.

Whether he was on payroll or not, why does that bother this fan? The truth is people build their entire personality on being around a club that doesn’t acknowledge them to a point where they think the club owes them and they take it to further extremes. I support United, yes. Am I devoted to the club, not at all. Will I take a twitter argument with you further? Nah man I’ve got things to do. 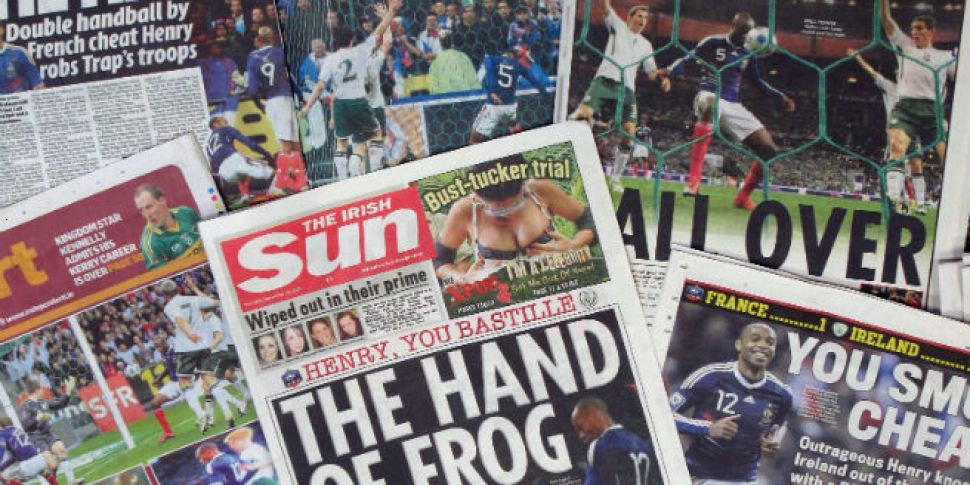 I never understand the reaction football causes. The public outrage; in Ireland there is plenty of government incompetence and living disparity, but you’ll never see people protest it the way they protested THAT Henry handball, Jesus Christ get the pitchforks out! Also what warrants black players being subjected to racist abuse on social media, it makes zero sense, based on one bad performance too, a lot of the time. Overall Football is passion and a plethora of emotions. For me personally it will never be that deep, although it’s been great to me. Regardless, I’ll continue watching Ole’s Tricky Reds and then go about my day after.

Don’t forget to check out or other posts below and leave a comment on what you thought of this article.

Que sera, sera. Whatever will be, will be. My trip to Wembley
Posted onMay 13, 2022May 13, 2022
Chelsea Invitational March 19th, we beat Middlesbrough to make the FA cup semi-final, 4 times in 5 years. It may as well be called the Chelsea invitational at this stage. ...
Premier League