Got to hand it to Mo Salah, came to Chelsea, dropped some of the worst performances we’d ever seen in the Premier League, ran away to the Serie A, gained some confidence against Livorno and Cagliari, then came back with a bang at Liverpool, doing what Steven Gerrard was unable to do his whole career, spearhead his team to a league title, their first in almost 30 years.

You can’t not respect Salah right?  Wrong, his love for diving and his eagerness to hide in attack when his club need him most, is undoing all the work he’s bled so hard to build.

Gary Lineker once suggested divers get pink cards to shame them, some commentators have also suggested it is a foreign player thing, could be right, who knows. One thing’s for sure though, Mo Salah absolutely loves it, as we most recently witnessed in the 2-0 comfortable away win for Everton at Anfield, when Salah got sent to the gulag by a .50 calibre sniper from the stands. 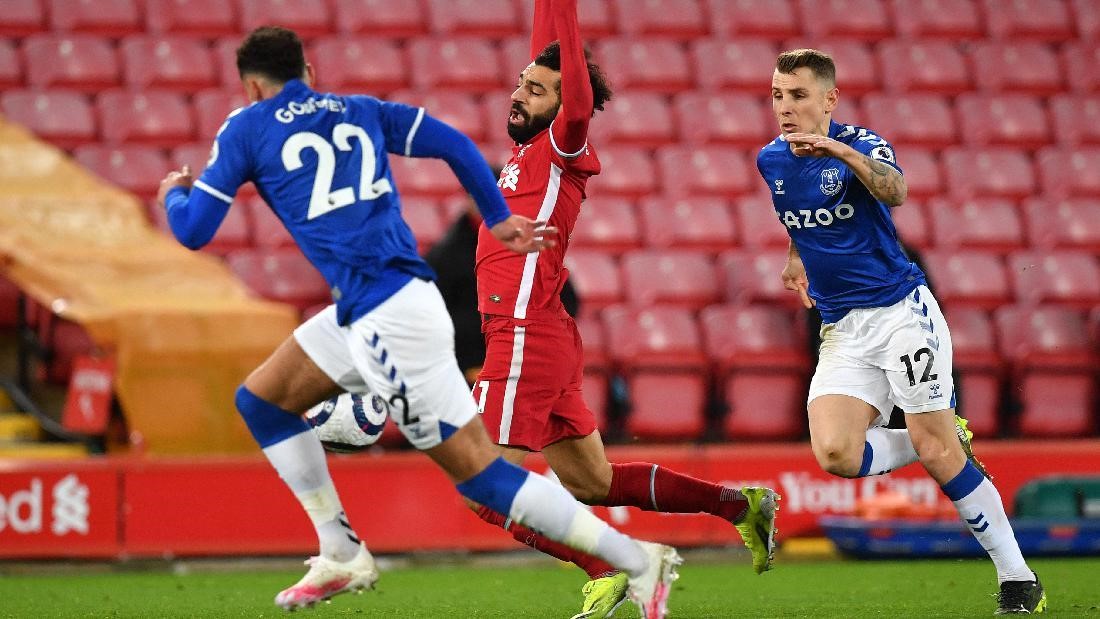 Despite this huge stain in his game, nobody was there to dethrone him, until January 29th 2020, when the rightful heir arrived in the form of a Portuguese magician. This absolute monster of a signing by Manchester United, has as of today, been involved in 55 goals in all competitions in 59 appearances, since making his debut for the Red Devils.

Many delusional rival fans have tried their best to discredit this return and his overall impact by stating he only scores penalties (if you ask them who their GOAT is, most will mention that penalty bottler as well, which kills me because if they were as easy and as invaluable as they say, he’d have an international trophy to his name) and also that Bruno hides against Top 6 sides, I’m here to dispel this, using their now former king, as a comparison. 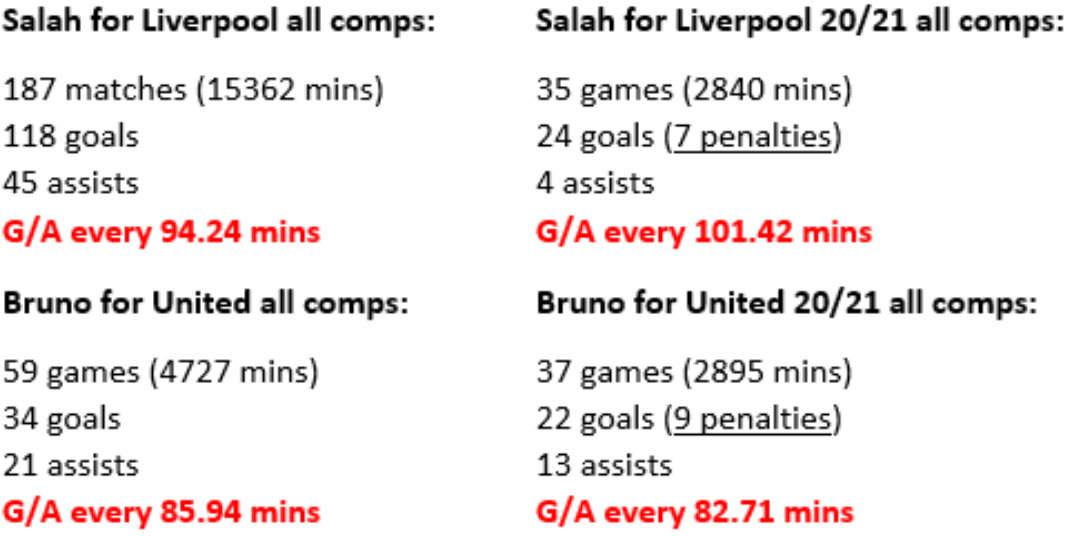 One is called ‘Penandes’, the other dives for a living and celebrates Christmas.

Now that we’ve established that the penalty nonsense is just that, nonsense, I got the “Record against the Top 6” excuse next. For the purpose of this article, let’s at least set out who the Top 6 are, City, Utd, Chelsea, Liverpool, Tottenham and Leicester.  (Don’t say Arsenal please, that club is as relevant as Ja Rule in 2021)

IF you doubt any of these stats, go do your own research and you’ll get the exact same results. *

Keep in mind, this is Bruno in a horribly unbalanced Manchester United side that need at least 3 more first XI signings to be taken seriously, one can imagine just what he can do with an established right winger, a world class striker (not that French tw**) in front of him as well as a solid DM to clean up the risks he takes on occasion.

Ladies and gentlemen, the undisputed king of the Premier League, Bruno Fernandes. 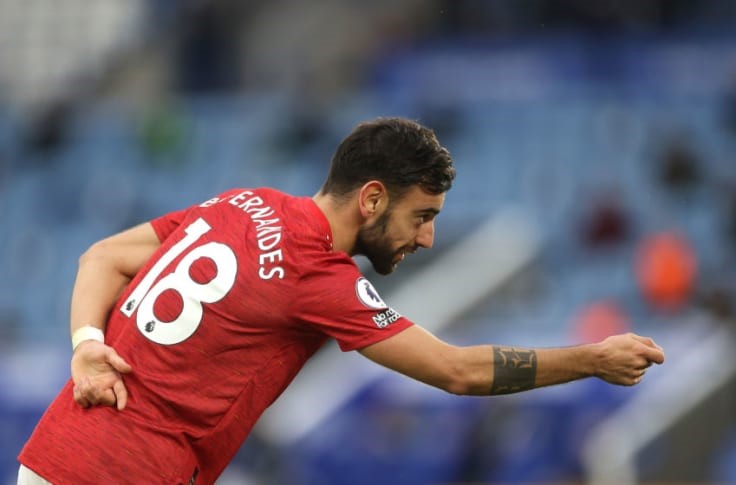 This is all dedicated to the most deluded Liverpool fan I know, Armend Gashi. You’re welcome.

Make sure to check out our other posts below and stay tuned this week for articles on Romelu Lukaku, CL preview, Bukayo Saka and more! 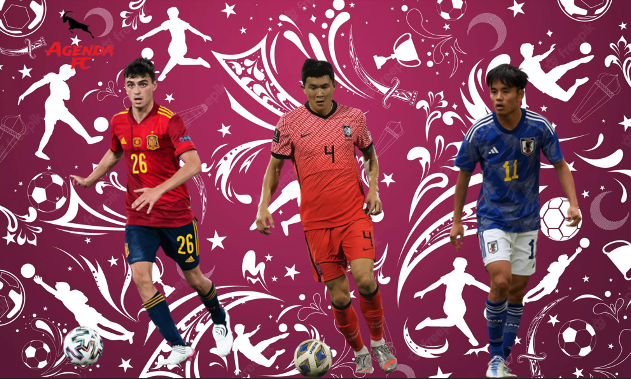 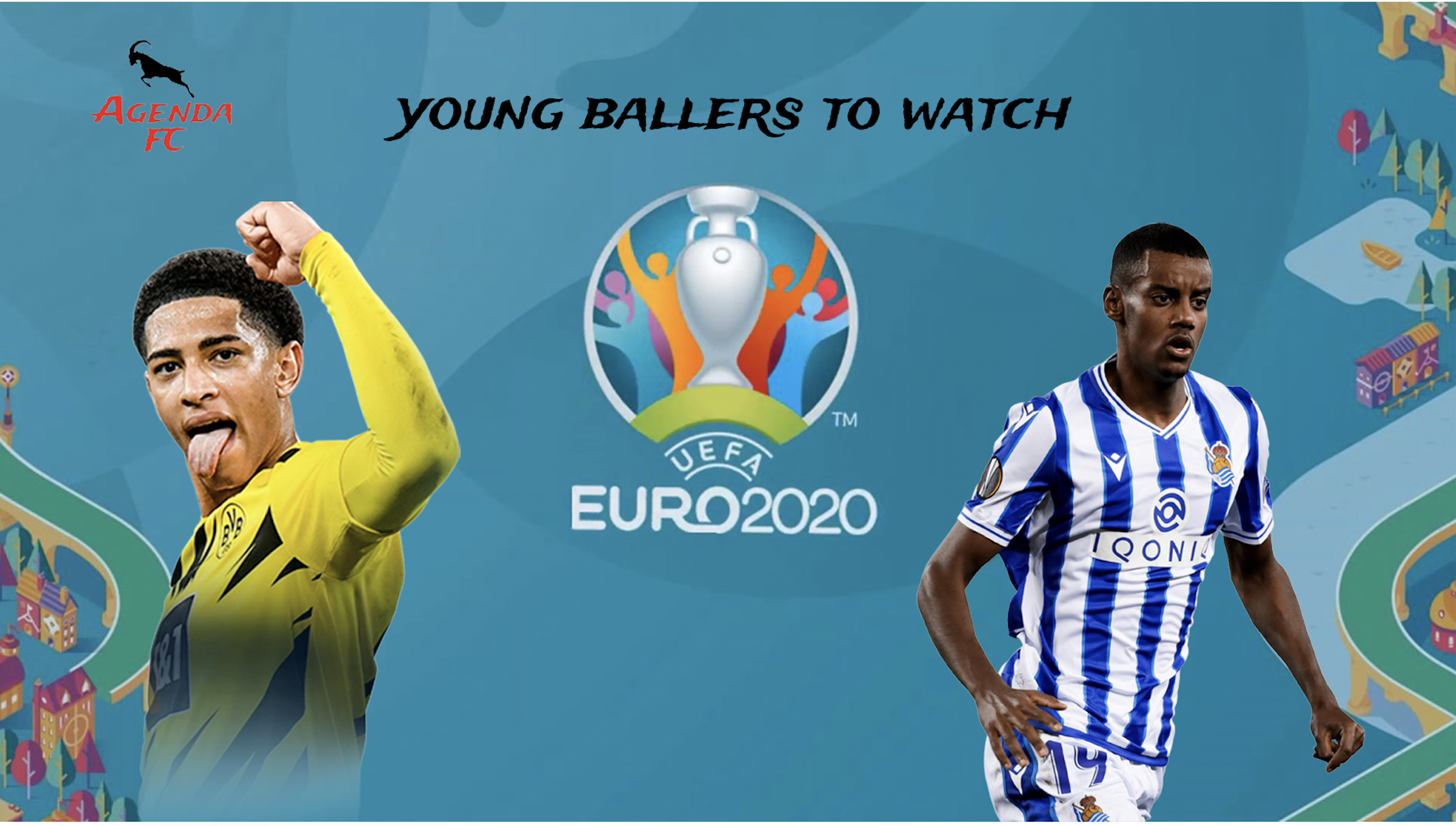 172 thoughts on “The Real King of The Premier League”