If you missed our first two editions, check them out below…

Chris Samba is a player I have been looking forward to write about for a long time, a colossal CB who I think would be top 3 in the league today, that’s how highly I rate him. He began his career in the French League 2 playing for Sedan, after making his pro debut he suffered a cruel abductor injury that ruled him out for the season and cost him his first pro contract. Since he was without a club for the duration of his injury, he had to rehabilitate by himself, without even a physio. It wasn’t until he had recovered from fitness and got called up to the Congolese national team(not to be confused with DR Congo) that he was scouted by Hertha Berlin.

In Germany he mostly played for Hertha’s second team as he struggled to maintain first team game time. It was January 2007 when his fortunes finally started to change, having been invited on a 5 day trial at Blackburn Rovers by Mark Hughes, he quickly impressed and made a full transfer worth £450k taking the #4 jersey. This is when the streets would first be introduced to who Chris Samba truly was. 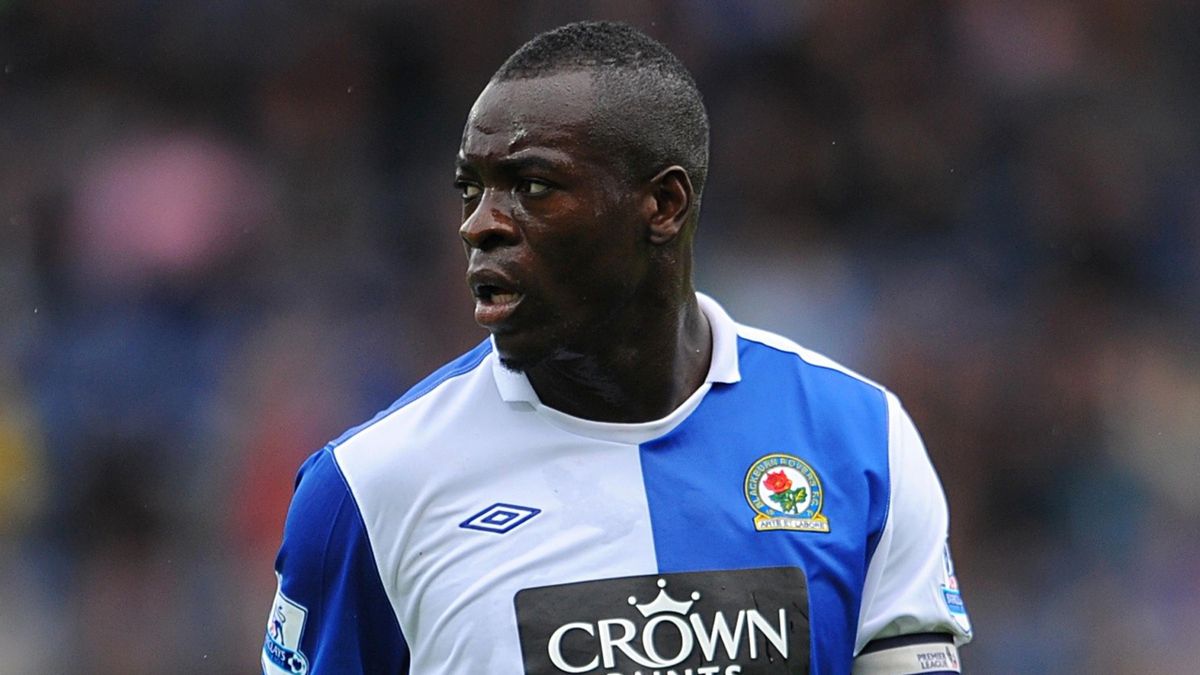 Having joined in the middle of the season, it was impressive how quickly Samba managed to establish himself in the side, he managed 19 appearances with 2 goals in 14 league games. Throughout his spell he was always a very impressive goal threat from CB.  At the clubs annual end of season award ceremony he was named Newcomer of the year, which highlighted just how big of an impression he made on the Blackburn Rovers fans. His commanding displays at CB earned him a new deal just 10 months after joining the club, Blackburn knew the level of player they had on their hands.

Emergence as a top CB 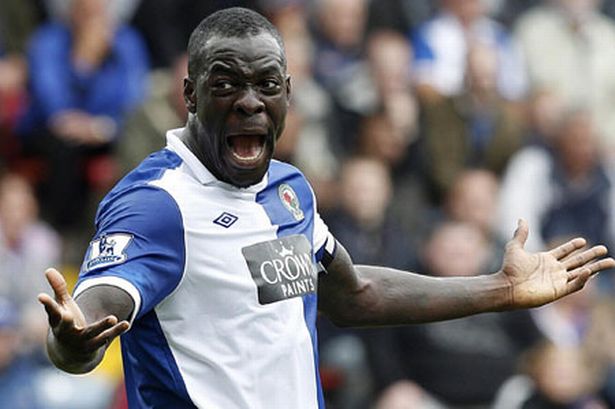 Coming into the 2009 season he was linked with a big move away to Europe, but neither him nor Big Sam were interested in letting him go. Him and Big Sam were a match made in heaven, a bulldozing, commanding, no nonsense CB paired with the legend that is Sam Allardyce. His performances again earned him a new contract, that was 2 in 2 years at that stage, again highlighting his level of performance and their eagerness to keep him.

The local paper in Blackburn claimed Samba must go down as one of the biggest bargains in Premier League history, I don’t disagree at all, they got him for 450k! With inflation in today’s market that’s just £1.5m! Think of the fees you see for average CB’s nowadays, it would make you sick.In the 2010/11 season, in what I think is the crowning moment of his career, was when he was named full club captain, a remarkable achievement for the Congolese CB. 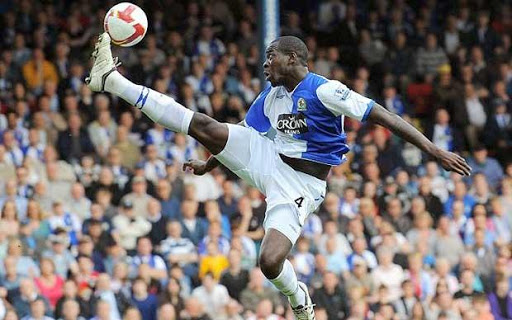 Something many might have forgot is that Samba had a brief spell as a striker at Blackburn under Big Sam, this was Barclays Heritage and peak Big Sam ball. He actually did very well there too, for his performance as the lone striker in a fixture against Wigan he was awarded the Performance of the Season award at the clubs award ceremony. Below is a highlight package of every goal he scored in his time at Blackburn.

How would he fair today? 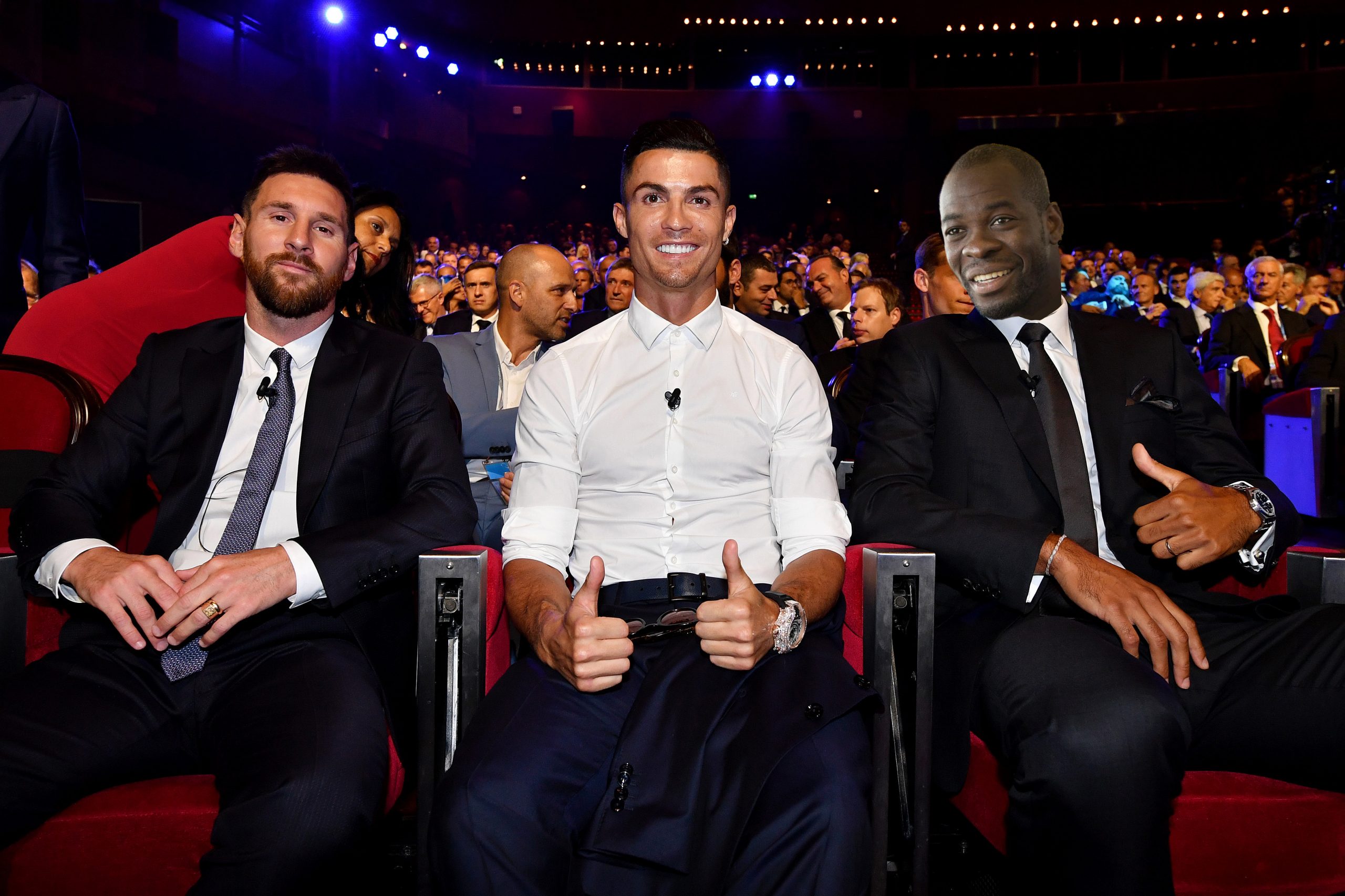 I am fully confident the world would recognize Chris Samba as one of it’s best CB’s around if he was playing how he did for Blackburn in today’s game. Hear me out okay… he was a leader, comfortable on the ball having played as a striker until he was 17, unstoppable in the air and he was a goal threat, the perfect CB if you ask me. I look at the state of defending in today’s game and I cant name 10 better CB’s. There’s no doubt in my mind he’d be at a top club today taking home numerous awards year after year. 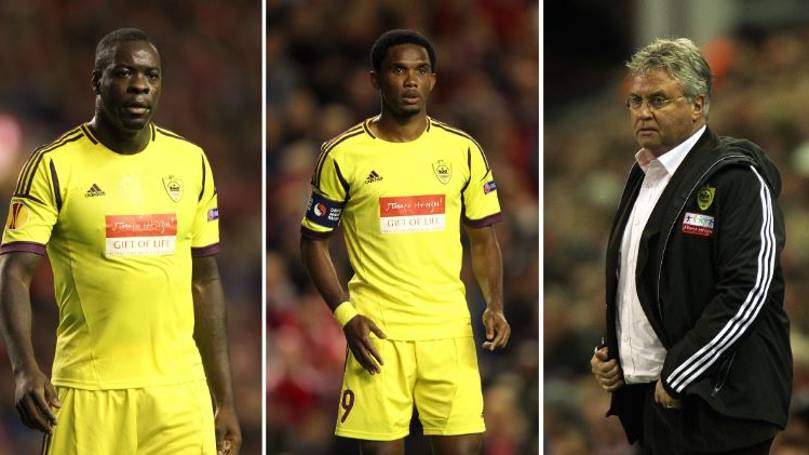 For Chris Samba, after leaving Blackburn his football never quiet got back to the heights it was once at but boy did he make himself a lot of money, a player who signed to Blackburn for 450k was now receiving 100k a week from Russian side Anzhi Makhachkala. Who were at the time trying to become a European powerhouse after getting a big money takeover from a Dagestani Billionaire. They brought in the likes of Eto, Roberto Carlos and Guus Hiddink as manager.

Unfortunately for Samba, a portion of Russian football fans are racist b*stards. In a match against Lokomotiv Moscow a “fan” threw a banana at him, he then threw it back in retaliation, something he says he regrets, in my opinion he should have no regrets for standing up for himself against a moron racially abusing him while he’s doing his job. 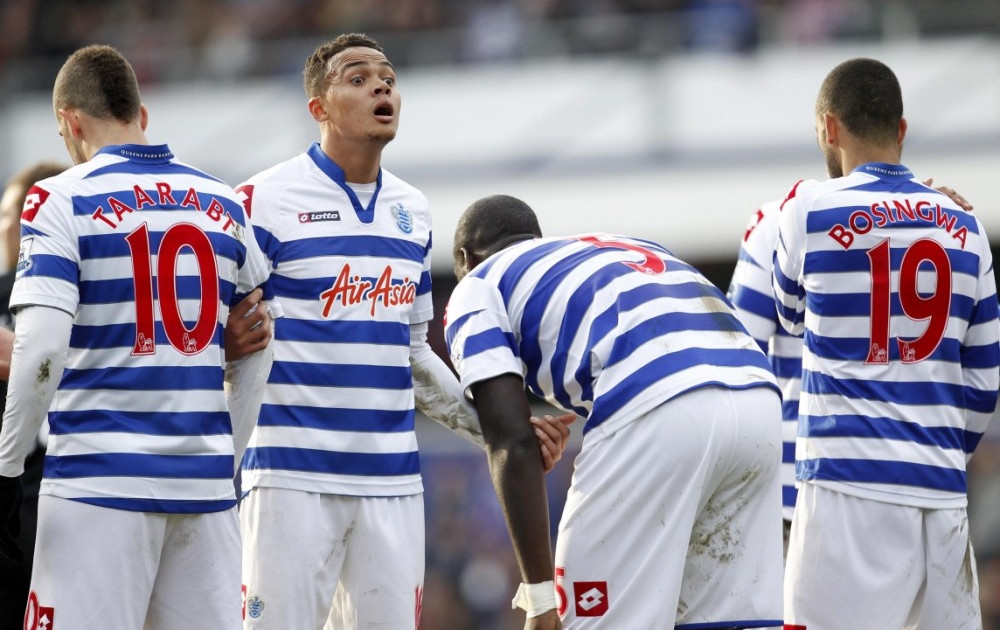 The following year in January, Samba was back in England at QPR having completed a 12m deal. He linked up Adel Taarabt, this was Streets Won’t Forget Heritage. Unfortunately neither could recapture their glory days and QPR were relegated just a few months later.

Of course the biggest hindrance in football also struck for Samba..injuries. He had many spells at clubs after QPR including a return to Anzhi and even another spell in England at Aston Villa. From the 2013/14 season until 2017/18 he only managed 57 appearances, 38 of which came in one season at Dinamo Moscow. Injuries ruined the career of someone who was at one stage in time one of the best defenders in Europe.

Where is he now?

Having been released from Aston Villa in 2018, he quietly retired from football, now he is on a path to becoming a manager, I found this short video he did with Sky Sports last year, talking about how he wants to change perceptions and become a black manager in England, I highly recommend checking it out!

We’ll be back next week in a special edition taking a look at Streets Won’t Forget duo, stay tuned and check out our posts below!