A question that was hot on the lips of football fans last night. At the Bernabeau, Ronaldo had just done the three peat, an unprecedented three Champions League victories in a row. Everything seemed perfect, a squad with Sergio Ramos, Rafael Varane, Luka Modric, Toni Kroos and Karim Benzema. The band didn’t have to break up. I fully believe they could have went and done it again the following year.

So why exactly did he leave?

A clash of Ego’s

“Cristiano asked for a raise after winning the Champions League and Florentino denied it. Cristiano also got angry because he heard that Madrid would be willing to pay a lot of money for Neymar. Florentino told him that if he brought in a cheque for 100 million euros he would let him go and that's how it was.” 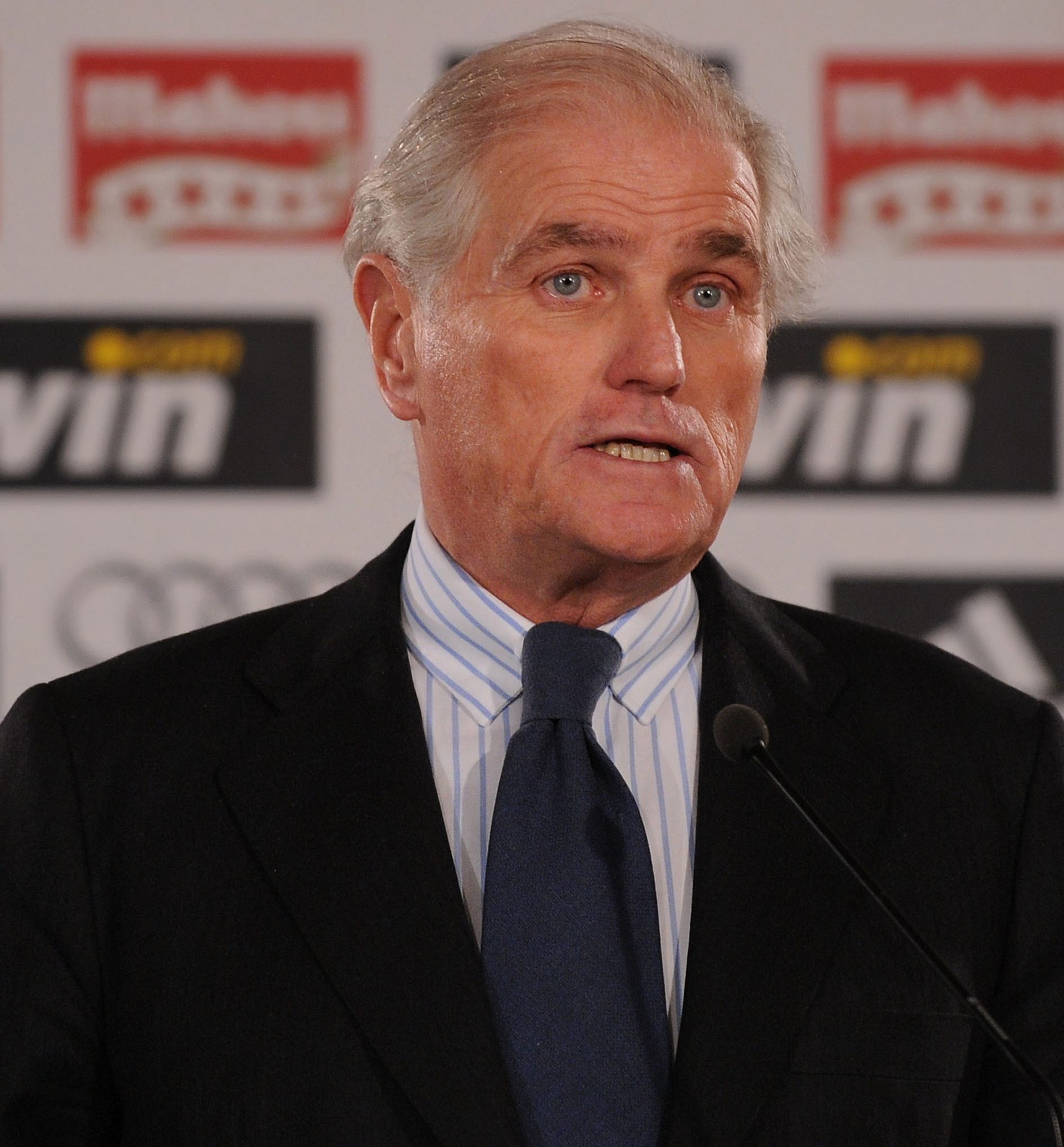 Those are the words of former Real Madrid president, speaking on the situation between Ronaldo and Florentino Perez. However the GOAT see’s it differently…

"I felt within the club, especially from the president, that I was no longer considered in the same way as I was at the beginning. The president looked at me in a way that suggested I was no longer indispensable if you know what I mean. That’s what made me think about leaving. Sometimes I’d look at the news, where they were saying I was asking to leave. There was a bit of that but the truth is I always had the impression the president would not hold me back. If it had all been about money, I’d have moved to China, where I would have earned five times as much than here [at Juventus] or at Real. I did not come to Juve for the money. I earned the same in Madrid, if not more. The difference is that, at Juve, they really wanted me. They told me that and made it clear. The truth is that the president wanted me but, at the same time, he made it known to me that my departure would not constitute a problem." 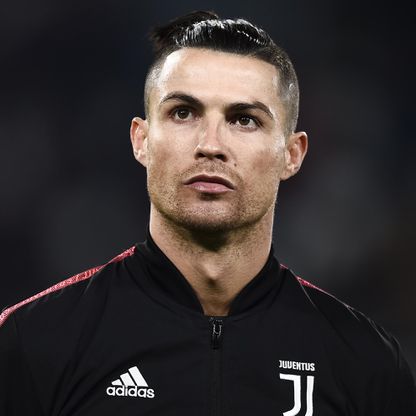 To sum it up, Ronaldo wasn’t feeling the love that he felt he deserved. Madrid weren’t exactly itching to sell him but with the right offer they were happy to cash in. I can understand both sides here, Ronaldo was the best player in the world, had just led Madrid to 3 straight Champions League victories, he felt he’d earned an improved deal and can you blame him? Messi gets a new deal for a double against Levante. But on the flipside if you’re Real Madrid, how much more money do you want to pay a 33 yr old? While I understand I still disagree, this was no ordinary 33 year old, this was the Greatest Player on the Planet.

Looking back at this now it’s actually tragic, surely a middle ground could’ve been found. Yes both have won league titles since but both have also suffered in Europe, the greatest club in the history of the Champions League and the greatest player in the history of the Champions League, it was a match made in heaven. The breakup reminds me of the Chicago Bulls 1998 team, the General Manager wanted to break up the winning team and rebuild before the decline even began. I understand being proactive but they were doing too much.

From 2016 – 2018 It was like something out of a movie, Ronaldo would score braces, hat-tricks, bicycle kicks almost every week. That team just never looked like going out. Unfortunately though all good things come to an end and Ronaldo made the 100m move to Juventus following the World Cup.

On paper if you look at his time at Juventus it has been a success, 2 Scudettos, a super cup and a Copa Italia final to come in May. Not to mention countless records broken:

An insane amount of records, with countless more I didn’t list. But the reality is, he was brought in to win the Champions League and he hasn’t done that. Is it his fault? Absolutely not. Prior to this season, since Ronaldo arrived Juventus had scored 7 Champions League KO goals..Ronaldo scored all 7. We all remember the iconic Atletico hat-trick and last season when he was oh so close to doing it again against Lyon. It was the definition of one man show, I’ve seen a lot made of the opponents he’s been knocked out too actually, yes Lyon aren’t a European powerhouse but that Ajax 2019 team? Blind, De Ligt, Frenkie, Donny, Ziyech and Tadic? They were a minute away from a CL final. No shame in going out to them.

Now is he to blame for last night? Partly, he had a mare I can’t lie and was poor in the wall for the free kick. But to suggest he’s the reason Juve have struggled in Europe is a joke. Let me not sugarcoat it, that team absolutely stinks. Dybala is meant to be their next best player and he can’t get a look in. Ronaldo left an ageing Madrid team for an even older Juve team, my head is still hot thinking about the guys on this team. Since he came into the club the decisions made at the top level have been questionable to say the least.

Ronaldo joined in 2018 and met a team with ageing stars. Matuidi was finished, Chiellini and Bonucci aren’t what they were and the midfield was and still is a disgrace. Juventus adopted a ‘win now’ approach when they brought in Ronaldo, they put long term success on hold in the hopes of winning a CL in the short term. This is a fine approach to have but one player alone wasn’t going to do this for them. They needed a creator for him and now almost 3 years later it’s the same story, last night there was countless runs in behind that were ignored, all they wanted to do was cross, admittedly it worked for the 2nd goal but you have to mix it up. Overtime it became predictable and Pepe who put in a Hall Of Fame performance, was winning everything.

They let a serial winner go for the relatively unproven Mauricio Sarri, I was scratching my head at this. You’re thinking short term and then you bring in a stubborn manager who’s going to completely revamp the way they play? They stupidly let Cancelo go and brought in Aaron Ramsey and Adrien Rabiot . Neither good enough to help a team win a Champions League. Admittedly bringing in De Ligt and Demiral were good moves for the future but after one year of a ‘win now’ approach it seemed like the lines were already being blurred. Fast forward to the end of the season and Sarri was gone, 2 manager in 2 years. Juve were at a critical point in which they had to get the appointment right and what did they go and do?  They fell victim to football’s latest trend.

I’m sick to death of this club legend manager nonsense. It worked for Pep and worked for Zidane but these guys had super teams, 8+ world class players each, not to mention prime Ronaldo and Messi. If you’re gonna bring in an ex player then you’ve gotta give him the best possible chance to win. Juve had clear as day changed their approach, not only did Pirlo come in but also youngsters in Chiesa, McKennie and Kulusevski were all signed. All of whom have bright futures but aren’t going to win you a CL right now.

What’s next for Ronaldo?

I think him and Juve need to part ways, from my point of view it seems Juve are committed to this Pirlo “Rebuild”. Ronaldo doesn’t have time to wait around for a rebuild, he’s 37 next year, the clock is ticking on a historic 6th CL win. He’s had success but ultimately wasn’t able to do what he was signed for. Anyone looking at this with their bias glasses off will know that it won’t hurt his legacy but it didn’t exactly boost it. It was a bold move, he dared to achieve greatness at a team where the odds were stacked against him, but unfortunately he failed.

I’ve said it for the past 18 months and I’ll say it again, get this man to Paris!!! It will be the perfect environment, he won’t have to play countless league games cause his teammates will be able to get the job done without him. He can rest and be ready for the big CL KO games just like at Madrid. He can give them that edge they need to get over their struggles in the competition.

Obviously the fan in me would love for him to come back home and run it back but I just don’t see it, although if he were to come he would be in a much better team than he is in now. With Rashford, Bruno, Greenwood and Pogba around him he’d feast in England. Unfortunately it won’t happen but one can dream!

The Ronaldo/Madrid love affair never should’ve ended and I bet if both sides could go back and change things they would, but what’s done is done. Countless records have been broke at Juve but ultimately the CL hasn’t arrived in Turin so this move cannot be looked at as a success. However make no mistake about it, Cristiano Ronaldo is still the best to ever do it and I still think he’s got one more run in him. We just gotta wait and see how this summer unfolds!

If you enjoyed this story check out some of our others below and give the page a follow on our social media platforms!