We’re starting a new series titled ‘Rising Stars’. This series focuses on talents across the globe who could potential be the next big thing, we’re not talking about your Mbappe’s and Camavingas, these are players many of you won’t have heard about. What’s unique about this series is, you the viewers can pick the players you want spotlighted and help collaborate on the articles!

To kick off the series we’re looking at two Bundesliga talents from Stuttgart, two of the biggest surprise packages of the season in German football. Sasa Kalajdzic and Silas Wamangituka.

The pair have shot onto the scene this season to the surprise of many as Stuttgart are a recently promoted side who many tipped to struggle this season. Currently sitting in 8th place after 25 games, Stuttgart look set to continue to challenge for a Europa League spot against massive clubs such as Eintracht Frankfurt, Bayer Leverkusen and Borussia Dortmund. The dynamic duo of Sasa and Silas are a huge reason for this.

Now let’s take a closer look at each of these players individually…. 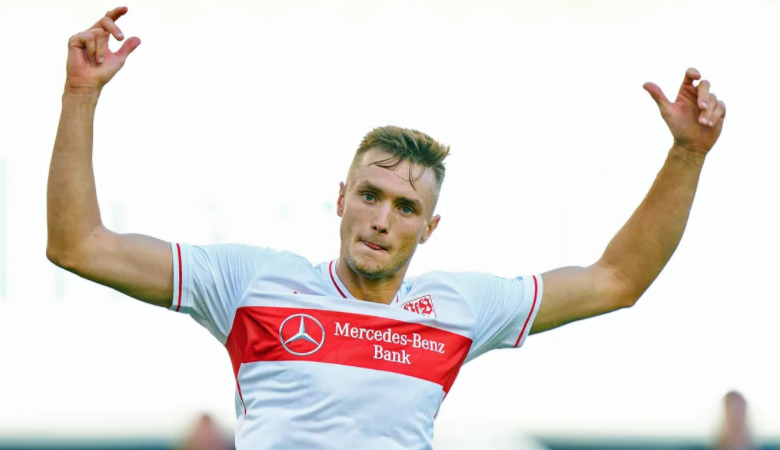 23 years old. Born in Vienna, Austria, Sasa is a 6’7 giant. On paper he looks like a standard target man but in reality, he is far more. He possesses Pace, Power, fantastic touch, eye for a pass and an impressive finishing ability. With 13 goals and 4 assists in 28 games this season (18 starts) he has the stats to show how good he is. Statistically he has a goal contribution every 89.8 minutes of football which is incredible. This guy scores in all manners of ways too. Deft lofted finishes, towering headers, powerful strikes…. you name it, he can do it all.

This is the first season that Kalajdzic has had in a top league and he is lighting it up on the biggest scale. Last season he suffered an ACL tear which ruled him out for the season having only featured in 6 games. To come back so strongly from such a serious injury shows the mentality of a winner. This absolute powerhouse of a striker will surely be snapped up by a bigger club soon. I have no doubt of this whatsoever. Ideal clubs he could sign for in my opinion would be West Ham, Wolves, RB Leipzig, AC Milan or Sevilla. All these clubs have a history of utilising tall, powerful yet technically gifted strikers and would benefit massively from having Kalajdzic on their books.

Check out his goals and assists in the video below to see his talent with your own eyes.. 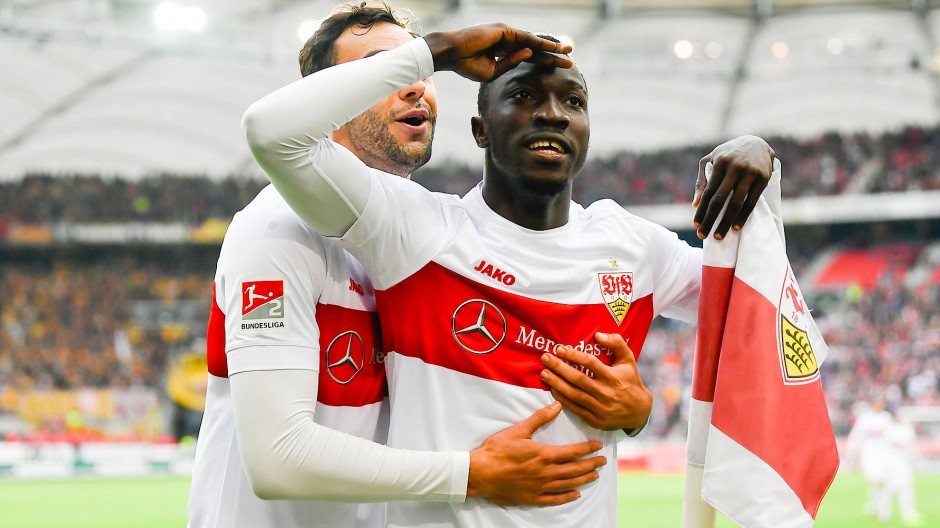 21 years old. Born in Kinshasa, DR Congo. Silas Wamangituka is 6’2 with the feet and technical ability of a 5’7 maestro. He possesses magical dribbling ability, deft finishing, insane pace and power, composure and the ability to function as a wide midfielder, forward or a dynamic wing back.

What stands out most about Wamangituka’s game is his dribbling ability, this guy is simply an elite dribbler who uses his pace but also incorporates immaculate and seriously effective skills into his play. Not only is he wonderful to watch, he is hugely effective when it comes to his output. With 13 goals and 5 assists in 26 appearances he sits 7th in the scoring charts in the Bundesliga. Most of these goals have come with Silas starting as a right midfielder/wing back in a 3-4-2-1 system which is simply incredible.

I first noticed Wamangituka in a pre-season friendly in 2020 playing against Liverpool. He is such a stand-out player due to his height for a wide man and his explosive pace and skills. Similar to Yannick Bolasie back in his prime days for Crystal Palace but with far superior numbers. Wamangituka is the penalty taker for Stuttgart which shows the level of maturity and composure he has at such a young age and at such a high level. This is one of the many reasons I believe he will go to the top.

Ideal clubs to sign Wamangituka would include Liverpool, Atletico Madrid, Leicester City, Borussia Dortmund, Inter Milan and Everton. These clubs play with dynamic, pacey and hard-working wide men and the addition of Wamangituka would not only strengthen them, but it would be an extremely wise long-term investment for any top club.

Check out his impressing goal scoring below…

For those who enjoy skill moves…

While Bundesliga tax is something to be taken very seriously these two talents definitely have massive potential and it will be interesting to see how their careers pan out. If the make it big just remember where you heard their name first!

Stay tuned over the coming weeks and months for more editions of this series. Also today look out for our Champions League Team of the Round of 16 and #19 of our Prem GOAT Countdown!